This is a road trip so make sure you have snacks! My longtime favorite are Cadbury Digestives – a terrible name for my favorite chocolate biscuit.

If you have a DD, stop at Old Bushmill’s Whiskey Distillery, very close to the Giant’s Causeway.

Strongly recommend lunch at Roark’s Kitchen Ballintoy Harbour Cafe (cash only) and when you finish up in Derry and if you want to mix it up from pie, have dinner at The Exchange.

Recommend the modern and comfortable Da Vinci’s in Derry-Londonderry  booked via the super easy and helpful Booking.com.

This is the list of highlights we hit along the way. We strongly recommend each, and encourage you to start early in the day and leave yourself time to wander! 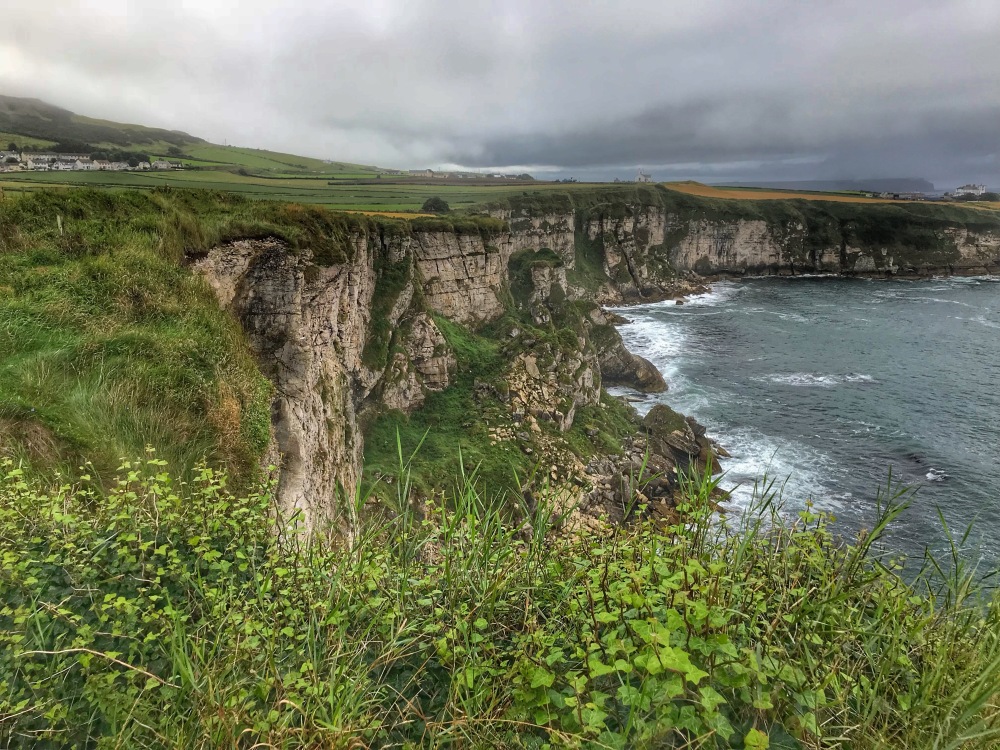 In my last post, I waxed nostalgically about our love affair with Ireland. It continued in a big way as we drove from Belfast to Derry-Londonderry (that’s the two places at one thing I mean) along the Causeway Coastal Route, despite endless buckets of rain.

By reading the Belfast post, you know that the area is split amongst Unionists loyal to the British crown (who are nearly all Protestants), and Republicans, seeking “One Ireland” (who are nearly all Catholics.) The coast has many Unionists, which means there are Union Jack (British flags) throughout the area. It also means there is disagreement as to if the names of some towns are, for example is “Derry” or “Londonderry.” Most we spoke to however, called it Derry.

Visiting Northern Ireland and the Coastal Causeway in Antrim County has become incredibly popular the last few years because of the HBO mega-hit Game of Thrones. Many popular scenes have been filmed on the coast, including our stops at Ballintoy Harbor and The Dark Hedges. As a result, particularly if you are visiting in summer high season, make sure to leave yourself lots of time to see all of the sites if you plan to drive the Coast in one day. And prepare to see lots of tour buses!

We started in the day by 830AM at Carrickfergus Castle, a very short ride away from Belfast. You can go inside, but knowing everything we had ahead of us, decided to push onward. 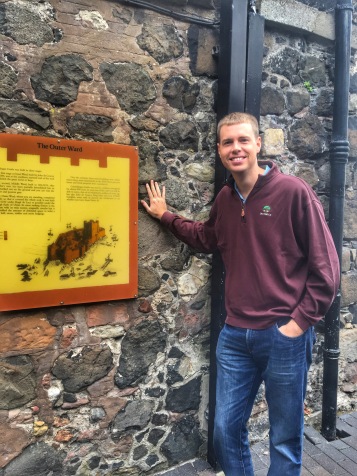 Next, a few hours later was the Carrick-a-Rede Rope Bridge. This was incredibly cool and also packed. We arrived around 12:15 with the next bridge crossing at 1:30, so do arrive as early as you can to snag tickets. To “kill time” in between, there are lots of great places to walk around, take photos and of course, a gift shop! 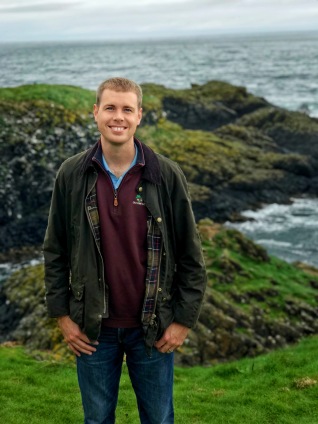 It is about a 1km (little over a half mile) walk from the ticket booth to the bridge itself which was built for salmon fishers. The fishers would cross the bridge from the mainland to the tiny island where salmon were abundant. I’m just a few weeks pregnant with James here and truly can’t stop smiling. 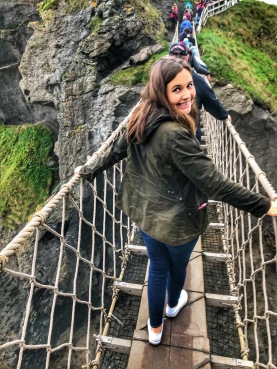 The next stop was Ballintoy Harbor, our first popular Game of Thrones location. We had a great pie and hot chocolate at tiny Roark’s Kitchen Ballintoy Harbour Cafe who also had tons of baked goods, if you are in the mood for a sweet.  It is cash only and the service is great. 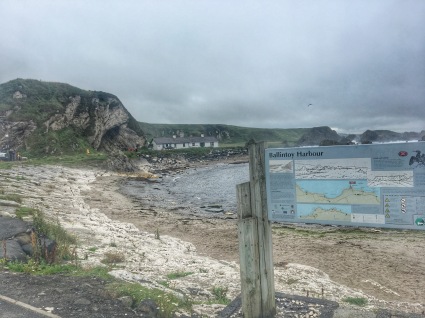 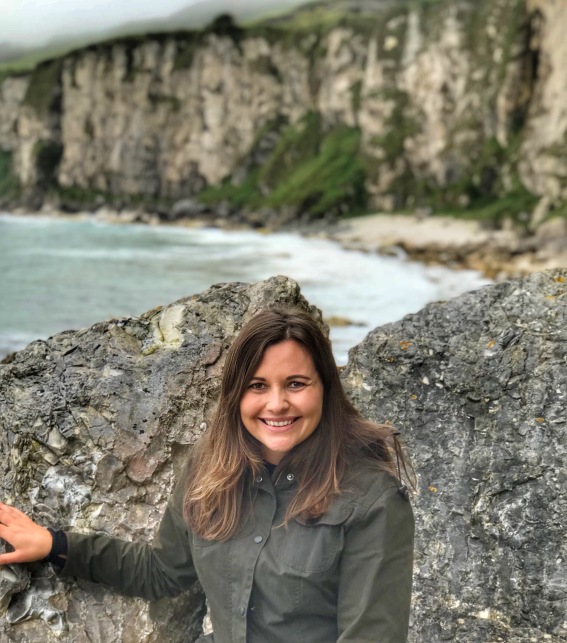 Next, we went onward and slightly inland off to the coast to the next Game of Thrones location, the Dark Hedges, or as fans will know it, the Kings Road. There were many devotees around, and even a GOT tour while we walked through the tree tunnel. It was a really unique place and a stark contrast to the coast but we expected it to be a bit more dense (with trees, not people!)

Second to last, we headed to the Route’s namesake, the Giant’s Causeway. It is named as such because of the vast area of tall hexagonal rock clusters right along the sea that seemingly appear out of nowhere. Locals believe it is the work of giants, but scientists say it is the result of an ancient and enormous volcanic rock formation. There is a little bit of a walk but you can also take a short bus, and also buy an audio guide if you wish. It was also extremely crowded, so pack your patience! And if you have a day like us, be cautious on the slippery rocks! It was really fascinating to see. 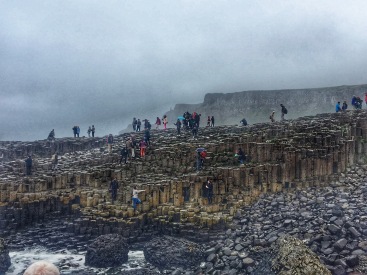 Our last stop before a warm dinner in Derry was Dunluce Castle, a medieval ruin, claimed to be abandoned by the McQuillan family when the kitchen fell off a cliff into the sea. You can tour the grounds, but by this time it was past 6pm (this trip really is a full day) and it was closed!

In between our stops, we often pulled off to take photos of the lush emerald fields and rocky coast. It was spectacular despite the weather! 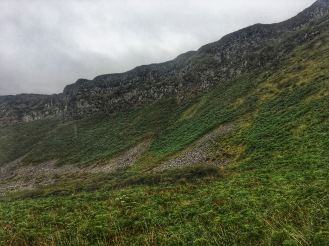 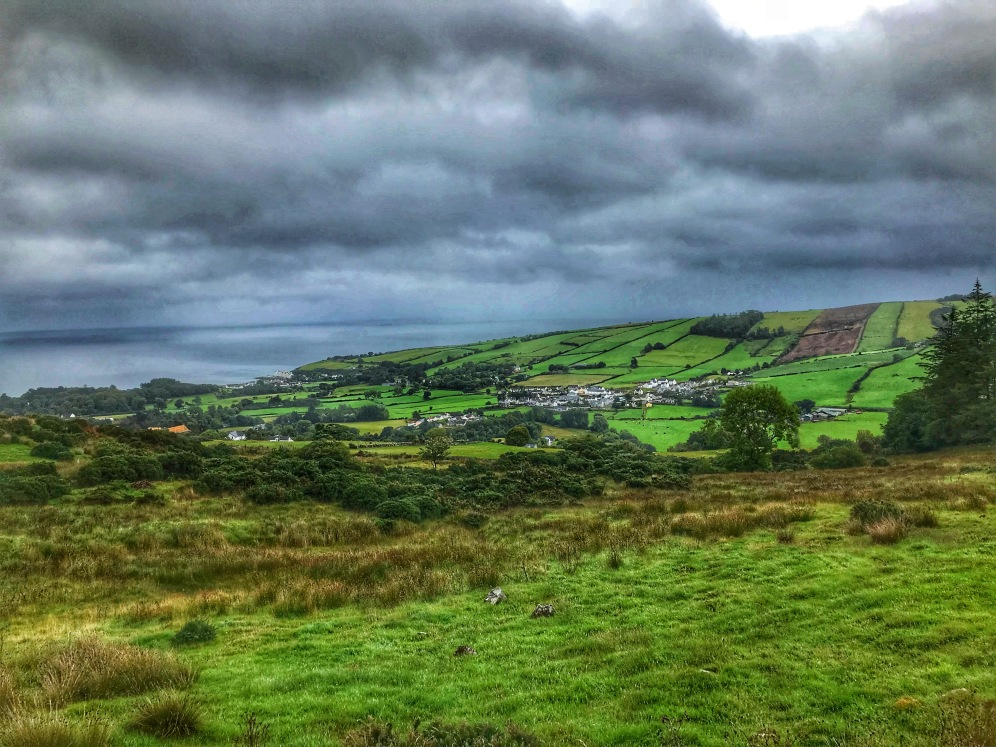 Another great trip to remind us of how much we adore this entire beautiful island. Definitely put the Causeway Coastal Route on your bucket list! 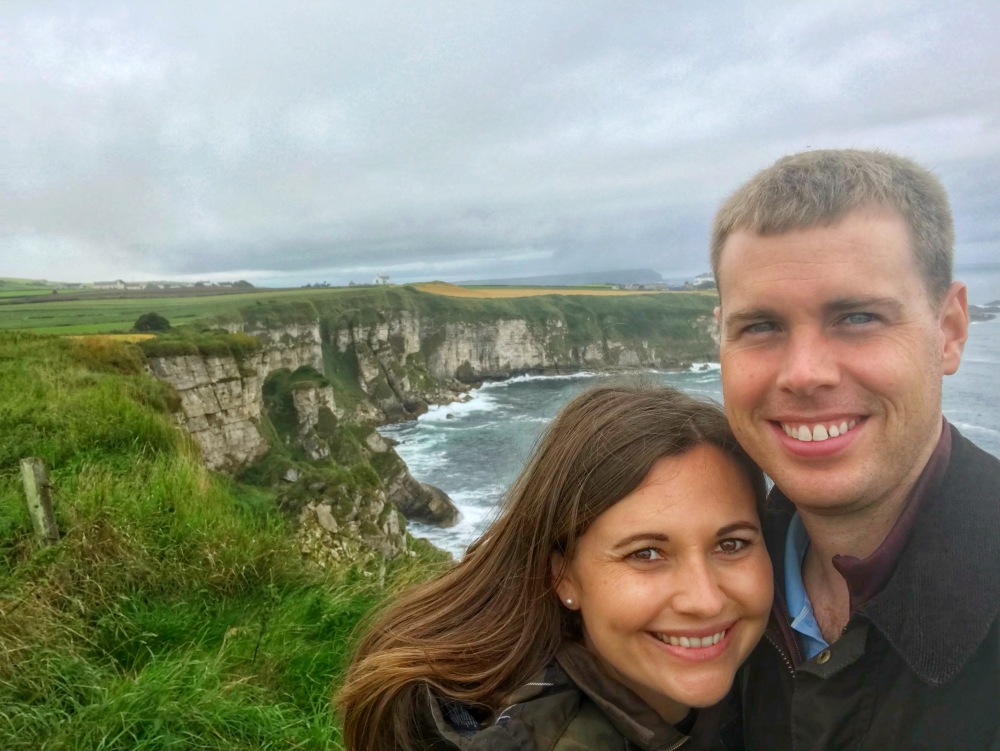