So you might recall that during our relaxing weekend in Nice, France, I was not all that obliged to move from my beach chair, unless it was to get another burger.

However, my husband was persistent about trying his hand at the Monte-Carlo Casino, just a quick trip “over the border” to get his James Bond on.

If you are one of the glamorous people, you take more impressive transportation. The Fords however, took a quick 24 minute train ride from the Nice Central Station to Monaco, and then a 5 minute local bus to the casino. Before you get to the big pearly fountain, you must walk through a Candylane-like path of luxury store after luxury store – Dior, Chanel, Louis Vuitton, – it doesn’t end! You cascade through all these shops until coming to the granddaddy of them all – the Monte-Carlo Casino. 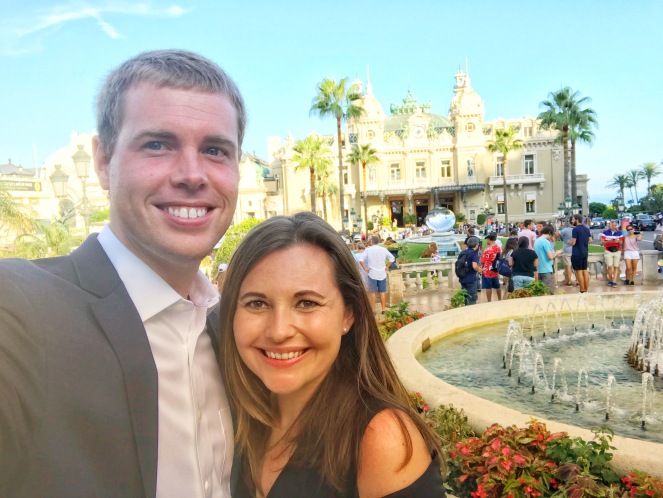 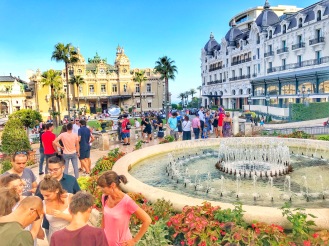 We ate the cheapest dinner we could find nearby with a cool view and were routinely passed by Ferraris, Lamborghinis, and Bentleys in neverending shock.

Monaco, which you might know is a French-speaking sovereign state, currently ruled by Prince Albert II (whose mother was Philly girl turned Princess Grace Kelly.) The country really is Candyland – we brought our passports but there is no border control and they have a police offer for every 60 citizens, so there is virtually no crime. There are also no taxes, making it a safe haven for celebrities (often the ones who lecture us regular peeps the most about how we should pay more taxes…) like Bono and Elton John, with yachts owned by Leonardo DiCaprio and Jay-Z frequently stopping there. Sadly, we didn’t see anyone during our visit! It’s an insanely small country – roughly the size of New York Central Park.

We did pay (€17) to get into the casino to fulfill those Bond dreams where my husband disappointed at roulette but really rebounded and did us proud at the blackjack table. I was so impressed by the dealers at the casino – at the blackjack table we heard our dealer speaking English, French, Italian, and Spanish interchangeably. We were surprised it was not more packed, but imagine the admission charge keeps many folks away unless they really are hitting the tables.

The casino is featured in three Bond films – Sean Connery as Bond in Never Say Never Again (1983), Pierce Brosnan in GoldenEye (1995) and my personal favorite, Daniel Craig (2006) in Casino Royale, which they certainly own in the drink menu.

Before the final hand, we were treated to a beautiful evening of fireworks over the balcony! I am such a kid when it comes to these things, and since we regrettably missed the best fireworks in Geneva, the Fêtes de Genève , we were thrilled to enjoy these ones from afar.

We knew when it was time to walk away from the tables, and it was a very fun foray into the looking glass. 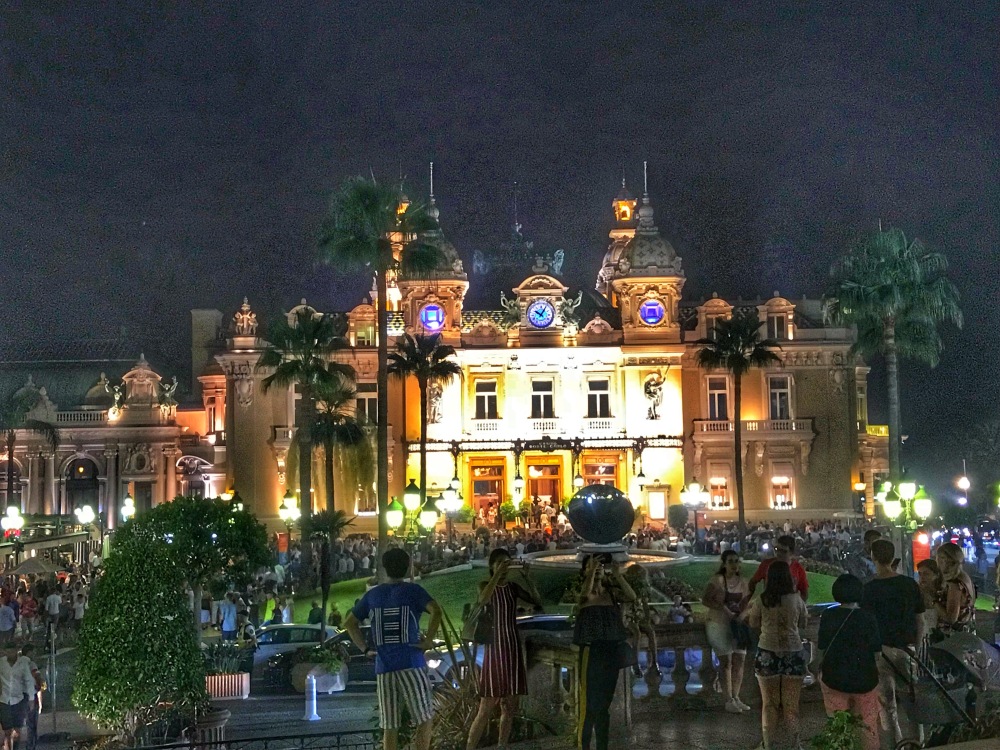 But for dive bar folks like us, the clock struck midnight to get on the sweaty train back  to reality! But not really, cause we were still in Nice.

Up next – our trip to Belfast and the Causeway Coastal Road in Northern Ireland – such a treat.

THANKS AS ALWAYS FOR READING – AND LET ME KNOW WHERE WE SHOULD VISIT NEXT!