WOODSTOCKHOLM for dinner, Pharmarium for drinks, for your fika break, a kardemummabulle or kanelbulle bun (cardamom or cinnamon, respectively!) Far less sweet than the American beloved Cinnabon, but really tasty.

Also – SO MANY HOT DOGS in the Nordic countries- you can find them at stands all over town! There is also an abundance of 7/11 stores – who knew!?

We stayed a bit outside the city to utilize our very beloved Marriott Rewards program at a really wonderful hotel, but there are lots of hotels right along the water if you are eager to stay closer to town.

Absolutely enjoy a Archipelago tour, get lost in Gamla Stan (Old Town) shop at boutiques and take fika breaks in in Södermalm.

When my husband had business in Copenhagen on a Monday, we decided to turn the weekend into our first exploration into the Nordic countries.
We had heard some rave reviews about Stockholm being a really interesting city on the water with an emerging food culture, and really charming back streets. If it’s good enough for Absolut, Spotify, and Ikea, it’s good enough for us.
We arrived on a Friday night (from the airport we took the Arlanda Express train, the easiest way to get into the city) and immediately went to Pharmarium in Gamla Stan (Old Town) – a really cool bar inspired by Stockholm’s first pharmacy which opened here in 1575. They have a really sophisticated bar menu and really creative menu combinations- naturally, very seafood forward. We had fun wandering the streets at night and retreated back to our hotel.

The next morning we set out on the “must do” of a city with 57 bridges and 30,000 islands, a tour of the archipelago. 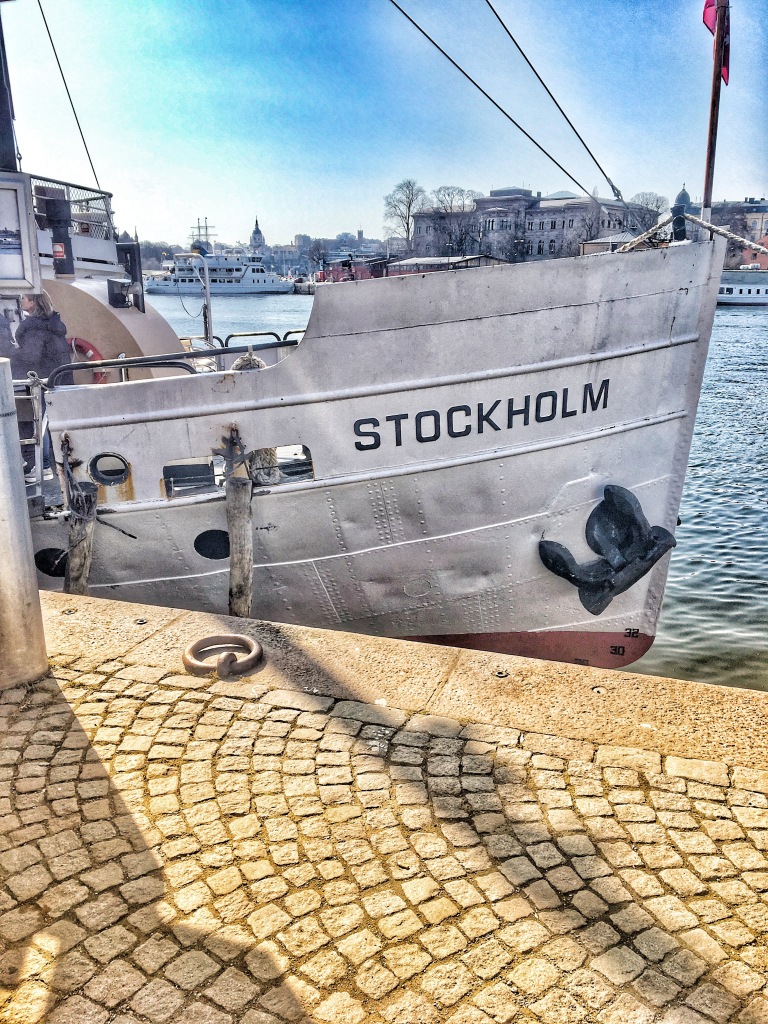 Saturday was their first “real” day of spring – and it was gorgeous. We took the 3 hour boat tour (I know, “a three hour tour” rang in my ears until we safely docked, too) with an on-board guide who shared details of Stockholm’s founding in 1252, its’s Viking past, to the years in the Kalmar Union with Denmark and Norway. Today, Sweden is a parliamentary democracy (Parliament is called the “Riksdag”) but they do have a royal family, and their Crown Princess is the very popular Victoria, who will be next to take the throne.

We turned the boat around in the lovely town of  Vaxholm, where many wealthy Swedes summer. Swedes really embrace their seasons – they relish in their cold winters and celebrate the sun as soon as it arrives!
On the way back into the harbor, we had stellar views of the city.
Later in the afternoon, we returned to Gamla Stan for more wandering and drinking. Gamla Stan is also the site of the Nobel Prize Museum. Like my husband’s favorite musician of all time, we were reticent to go in – but only because we lacked enough time to visit! 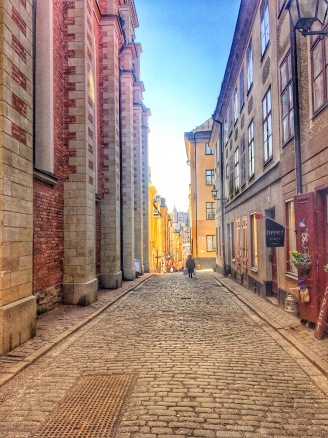 views in Gram Stala
We proceeded over the bridge to Södermalm for a fika break at a local cafe. Fika is a time honored Swedish tradition of slowing down, taking time to be with company, and savor in the day with friends, colleagues, and family. Even at major corporations, a fika break is part of the workday.  Much has been said and written about the crazy American pace, and one of the most interesting parts of our time abroad to date has been the nearly universal European approach to relishing in the moment. 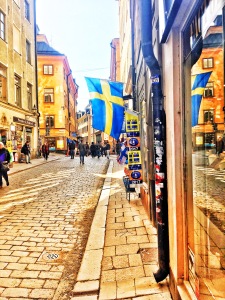 We shopped around the neighborhood and then had a truly standout meal at Michelin- starred WOODSTOCKHOLM , Each few months, they prepare a new menu with a different motif – right before we arrived they changed from an Asian menu to a cheese focus – and every single part of the menu celebrated local cheese. You can check out the menu we enjoyed below!
The wine and the design in the restaurant changes, and so does even the soundtrack!  The service was tremendous and our meals were delicious. We learned from our server that even the most humble coffee shops in Stockholm will always be beautifully decorated – inventive furnishes are part of their national pride. 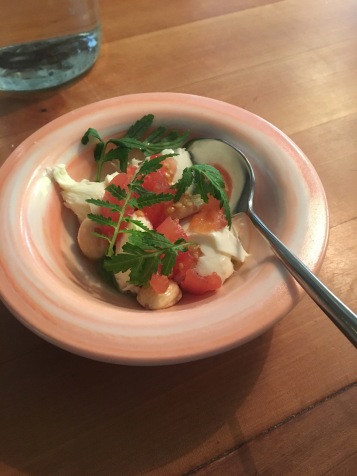 We only had one full day in Stockholm, but a wonderful one it was (and also why this post is so history-light!) and I strongly recommend a visit. While Swedes appreciate a “Hej” (or, “hey!”) in their language, nearly everyone speaks English, and while it can be a bit expensive in their currency Swedish kronar – SEK – (and like Budapest are all in enormous denominations so it’s hard to keep track of how much you are spending) – it’s a real treat.

The next morning, we proceeded to Copenhagen! Perhaps the most playful place we have ever been.

As always, you can follow along on Instagram and for a full recap of where we have visited, check out the travel tracker!